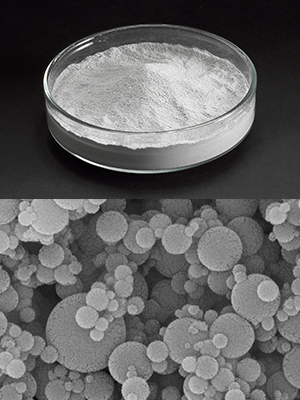 The Dawn of Silica Fume in Japan

Silica Fume in Japan has a slightly stranger origin story than in other countries. Japan, as with all other industrial nations, has come to deal with the effects of their manufacturing on the environment only after a rather prolonged time. The country began the production of ferroalloys in the 1920s, and the Silica Fume particulate matter that this kicked up (although no such word as “Silica Fume” was used in Japan at the time) only began to be collected around 40 years later, having to wait until the founding of particulate matter regulation laws (which later became the Air Pollution Control Law) in 1962.

This was some time before the founding of this company, but the later founder, Kazuo Matsumoto was already in talks with makers about  future uses for the particulate matter they were collecting. At that time, the nation’s Silica Fume was all being scrapped. Although it was thought that it could be used in cement concrete as it already was in some countries, they searched for other uses for Silica Fume’s unique characteristics in other fields, starting with its application in the realm of fertilizers as an alternative to diatomaceous earth. Those ideas were put into motion when this company was founded in 1972, beginning the first use of Silica Fume for industry in Japan. Upon the success of this development, the nation’s makers of fertilizer at once made a swift change from diatomaceous earth to Silica Fume. Taking advantage of this success, the company continued development of Silica Fume’s uses in the field of building materials, exploring its uses in siding boards and so on where diatomaceous earth was used. In this case, Silica Fume’s fireproof nature and strength contributed to its ascension to widespread use. Its use in cement concrete picked up speed in the later half of the 1980s.

When producing ferrosilicon and silicon metals in electric arc furnaces, silica fume is a microparticulate activated silica (SiO2) that is created as a byproduct. It is then captured by a bag filter device.

We are a pioneer in Japan in the development and sale of uses for silica fume, and we provide it within the optimal parameters for each individual user. We continue to research silica fume in order to achieve higher value added applications.

Our system is designed to supply silica fume in slurry that is contract manufactured domestically to meet the needs of each user. Silica fume slurry dramatically elevates the workability of this product on site in construction and engineering projects.

We can adjust the silica fume used and the slurry density to meet your request.